Gustavo Michanie, he/him/hisPresident
Gustavo Michanie works tirelessly as an activist for the Diversity and Inclusion Cause in Argentina and has been working for more than 15 years in the creation and operation of JAG (Jewish Argentine Gays).

He has served two terms as President of JAG and is the current Vice President. In 2014, JAG was acknowledged and included in the most representative Jewish Institution of Argentina, DAIA (Argentine Delegation of Israel Associations), and in November 2018, Gustavo was elected as a member of its Board.

Gustavo has been part of the World Congress: Keshet Ga’avah for over 10 years. In 2017, Gustavo was instrumental in the JAG partnering with the World Congress to host their annual board meeting, the first Shabatton in Buenos Aires, and a World Conference attended by representatives from seven countries. This conference was the first of its kind in Latin America.

In addition to serving as Vice President of the World Congress: Keshet Ga’avah, Gustavo uses his energies to foster the development of Communitarian policies in Argentina where he’s worked with others to become a beacon in Latin America, strengthening existing bonds and generating new lines of thought and work. One of his major accomplishments was working with political representatives in Argentina involved in the discussion of the Equal Marriage Law that was finally passed in July 2010. This success allowed him to marry Marcelo Robles in 2015, which Gustavo says can be considered one more step towards the: “Kol Israel arevim ze lazé” “Every Jewish is responsible for his fellow”

Gustavo is one of the protagonists of the Documentary, “One Among Others,” which is a film describing the story of four gay members of the Jewish Community in Argentina diversity initiatives. 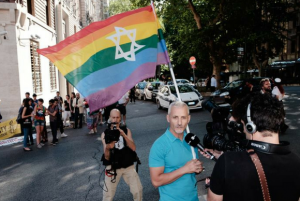 Marco Fiammelli, he/him/hisVice President
I was born on October 14, 1961, married to Federico D’agostino in a Jewish ceremony in Rome on September 11, 2016. Retired since November 2020, after serving in the Italian army for 42 years, during which I participated in several UN and EU military missions abroad in the Balkan and Middle East area.

Currently, volunteer operator at a hospital in Rome, for the anti Covid-19 vaccination campaign. Statement of purpose: • Continue the work I have been doing in the World Congress for several years. • Improve and strengthen the European network of LGBT+ associations and Jewish communities that are totally open and welcoming for LGBT+ people. • Support the President in his actions, in the search for new strategies to give more visibility to the World Congress, especially in Latin America and Europe where there is a lot of fertile ground that we can cultivate. 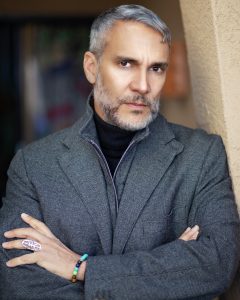 Scott Melton, he/him/hisSecretary
Scott Melton is full-time faculty for English, Philosophy, and Film at Bosque School. He joined Bosque in 2016 as the Director of Diversity. He currently serves on the Board of Directors for Breaking the Silence NM, works with New Mexico Thrives, and is a certified facilitator for ADL’s Words to Action program. Scott also serves on the DEI working group and the Board of Directors of the Jewish Federation of New Mexico.

Scott was active with the World Congress of GLBT Jews from 1995 – 2000. After a long hiatus, he is very eager to reengage with the organization and connect the relatively small community of Albuquerque (ca. 22,000 Jews in the entire state) with the rest of the world and bring a more inclusive and diverse perception of Judaism to New Mexico.

From 1997 to 2009, he was an issue expert on independent living, long-term care, end-of-life, and workforce issues for AARP. He coordinated integrated education and advocacy campaigns for 14 states and was the Associate State Director of AARP Florida. Scott studied Philology at the University of Munich and received his BA in Linguistics from UNLV. He has an MA in German Studies and Critical Theory from the University of Arizona and completed his thesis at the Europäische Akademie Otzenhausen, Germany. Steven Joachim, he/him/hisTreasurer
Steven is currently living in Buenos Aries, Argentina and is President of the Argentina Chapter of The Texas Exes, a self-governed nonprofit organization that exists to promote and protect the University of Texas at Austin and unite alumni around the world.

Steven is a past treasurer of Congregation Or Chadash in Chicago and served on the board of a Charitable Trust belonging to Temple Beth-El in San Antonio, Texas. This past year he served as the Communications Coordinator and Newsletter Editor for the World Congress: Keshet Ga’avah. 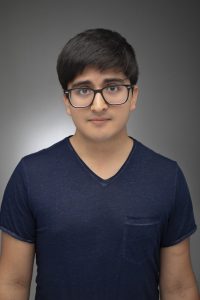 Franco Martinez, they/themOfficer at Large Western Hemisphere
Franco is an American. Originally from the Texas/Mexico border, they moved to San Francisco in 2013 to pursue a bachelor’s degree in Acting from the Academy of Art University. While there, they led the gsa, “OutLoud!”, where they helped plan meetings, conferences, and events for LGBTQ+ students at the school. They are also fluent in Spanish and English.
Franco’s career path has led them to event management. They work as House Manager at the Jewish Community Center of San Francisco, as well as Program Assistant at the Bayview Opera House. They also helped lead and plan events at their congregation, Sha’ar Zahav. They believe that proper execution of events is always predicated on proper planning, to ensure easy communication of tasks and expectations.
Being nominated to serve on the Steering Committee is an honor. Franco passionately believes in the mission of Keshet Ga’avah. They believe that supporting queer Jewish communities around the world helps strengthen all of us. By listening to the needs of each individual community, they believe that we can better help and allow them to grow and prosper. Franco lives in San Francisco with their partner.

Antonio Eliav Gómez, he/him/hisOfficer-at-Large Eastern Hemisphere
Born in 1993 in Alicante, a coastal city in the South-east of Spain. A passionate historian and culture lover, I’ve lived in Florence (Italy), Berlin (Germany) and Madrid (Spain) where I’m now settled. Currently leading “Keshet Sefarad” which is the first queer Jewish organization ever created in Spain. Statement of purpose:
I think I can bring the fresh energy and perspective learned from the emerging and young communities of Spain to this organization. My focus is be to continue the good work of my predecessors and further increase the sense of cohesion between all the organizations and communities that are part of the Eastern hemisphere within the World Congress. Fostering the sense of belonging to the World Congress will be key, as well as opening new communication channels and new ways to cooperate and help each other. Furthermore, I’d like to help create new partnerships with different players of the Diaspora Jewish world that could be beneficial for us. Finally, I think I could help bringing a less Ashkenazi-centric vision of Judaism. In order to bring us all closer together, I’d be interested in acting as a language & cultural bridge between the European and Latin American or emerging communities. 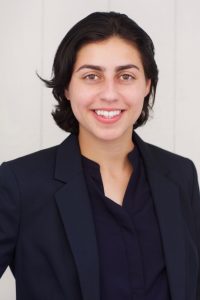 Speedy Shatari, Non-binary Officer-at-Large Eastern Hemisphere
Speedy was born and raised in Sydney, Australia and is currently working at the officially elected representative roof-body and voice of the Jewish community of New South Wales. They are passionate about education and community and driven to create and foster safe spaces for Jewish LGBTIQA+ individuals. Speedy is an active member of Hasodot, a group for queer Jewish women in Sydney to socialise and talk about their shared experiences. They are also committed to helping others in need and bringing together Jewish young adults. They currently serve on the JNFuture committee (the young adult branch of JNF). Through JNFuture Speedy has helped to spearhead an evolutionary and innovative community program called Gen Chai, which is designed to make giving charity more accessible to young adults. For 2021 Gen Chai has partnered with an Israeli organisation that supports and assists young adults on the autism spectrum. They believe that it is possible to be part of the LGBTIQA+ community and heavily involved and accepted within the Jewish community. While this is achievable, they feel that there is a lot more progress to be made to make queer individuals feel comfortable within professional, religious and social environments.
Go to Top